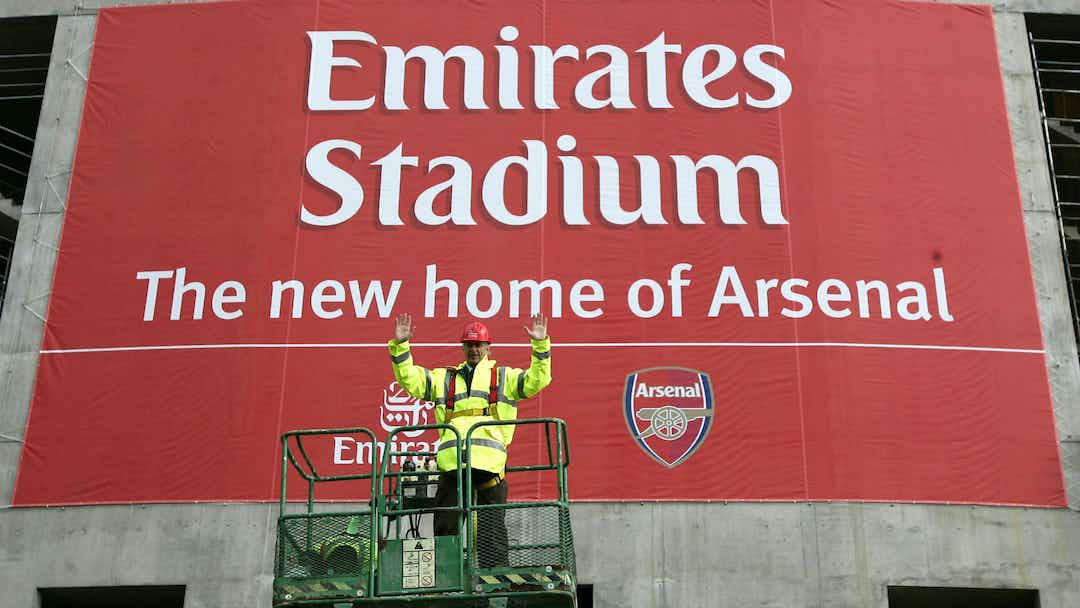 Former Arsenal stars Paul Merson and Alan Smith are leading the call for the Emirates Stadium to be renamed after departing manager Arsene Wenger.

This is one thing Merson said that i 100% agreed with. Arsene Wenger is the most successful Arsenal manager and he built that stadium with with his unique style of playing platform, blood and sweat.

Wenger announced on friday that he will be leaving Arsenal football club after 22 years at the end of the season. The announcement came as a surprise to many fans and non fans worldwide.

Merson and Smith believe the most fitting tribute to Wenger would be to name their stadium in his honour as he leaves the club. Although Wenger has not been entirely comfortable with all the out pour of tributes, he likened it to when a someone is dead and he said he’s still alive and joked about it that he doesn’t want to die again and have seen what could probably happen when he passes on.

“They should drop the Emirates bit – they don’t need the money – and name it the Arsene Wenger Stadium,” Merson, who played for Wenger, told Sky Sports News.

“That’s his stadium. He built that. He made that stadium. Even if they called it the Emirates Arsene Wenger Stadium. He deserves to be on that.”

Smith added: “I go along with what Merse said. I think it’s a great shout – to name the stadium after him would be a fitting tribute.

“Obviously, clubs these days are unwilling to forego all of the millions that come with naming rights, but I think that would be fantastic.”

Smith is also hopeful that Arsenal can beat Atletico Madrid in the Europa League semi-finals and go on to win one last trophy for Wenger.

That will be awesome for his final season and probably the final match in charge of the team. If that happened he would have taken charge of 1,236 matches as an Arsenal manager.

“Arsenal have only won a couple of European trophies in their history, so to do this would be a fitting end,” he said.

“You are going to see the stadium full for the home leg against Atletico. That might not have been the case if Arsene hadn’t decided to step down. The atmosphere will be fantastic I think.

“It’s going to be a celebration of the time at his club and that’s going to transfer to the pitch – you’d hope so.”

if Arsenal management can honour Arsene Wenger by naming the stadium after him would be fantastic thing, but could the management put honour before money? that’s a big question in today’s football.

Its not that simple on the other hand to change the name to Arsene Wenger stadium because the present name right would have come with some complicated contracts and huge money as well. Besides that, the guys calling for stadium name change probably wouldn’t have adequate knowledge of Emirates naming right contract doted lines, number of years and underlining intricacies within the contract.