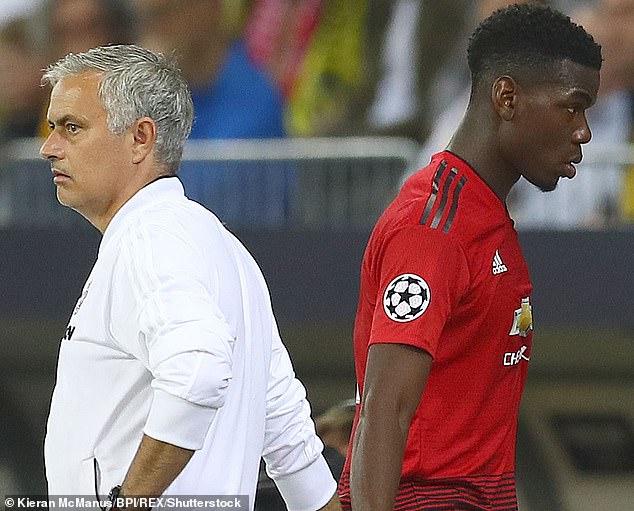 After United’s 1-1 draw against Wolves  at Old Trafford on Saturday, Pogba appeared to criticise Mourinho approach to the game by telling reporters that United must “attack, attack, attack” when playing at home.

‘That’s Old Trafford,’ he added. ‘We are here to attack. Teams are scared when they see Man United attacking and attacking. That was our mistake today. We were winning 1-0 so it was positive for us. Then we tried to defend a bit more against the counter-attack. We stopped playing forward like in the first half and we didn’t really put them in trouble.

‘We are at Old Trafford and we should attack and press like we did against Tottenham, Liverpool, Chelsea and Arsenal last season. When we play like this it’s easier.’

The comments seems to anger Mourinho who reacted by removing the captaincy armband from the world cup winner.

The BBC claim that Mourinho has told Pogba he will not wear the captains armband again, as the French star appeared to undermine his authority when it came to tactics and instruction on the pitch. 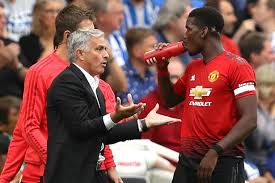 Pogba has worn the captains armband for several games this season (probably due to Antonio Valencia’s injury problems) despite his outspoken nature in the media and reports of him telling the Old Trafford executive vice-chairman Ed Woodward of his wish to go after his agent Mino Raiola struck a deal with Barcelona over personal terms in the summer.

A separate report from The Times states that Mourinho told his entire squad that Pogba would no longer captain the team on Tuesday ahead of their League Cup clash with Derby County at Old Trafford, as he addressed the team at the training ground and dropped Pogba from the matchday squad.

Pogba’s behaviour has also been a cause for concern among Mourinho and his coaching staff for some time. They were unhappy that the midfielder was playing loud music on the top deck of the team bus on the way to Saturday’s game against Wolves at Old Trafford when they felt there should have been a quieter focus on the match.

Mourinho is said to have reminded all the players that nobody is bigger than the club and was furious with Pogba’s attitude in recent games especially his outburst about Mourinho tactics against Wolves.

Speaking in his programme notes ahead of their clash with Derby on Tuesday, Mourinho said the following about his players.

“[The game against Wolves was] an important lesson; a lesson that I repeat week after week after week, a lesson that some boys are not learning,” Mourinho said. “Every team that play Manchester United are playing the game of their lives, and we need to match that level of aggression, motivation and desire – 95% isn’t enough when others give 101%.”

Rumors persisted All through the summer, there has been various reports in England, France and Spain about about Pogba wanting to leave United to join Barcelona, there was even a report of him wishing to go back to Juventus rather than staying at Old Trafford. 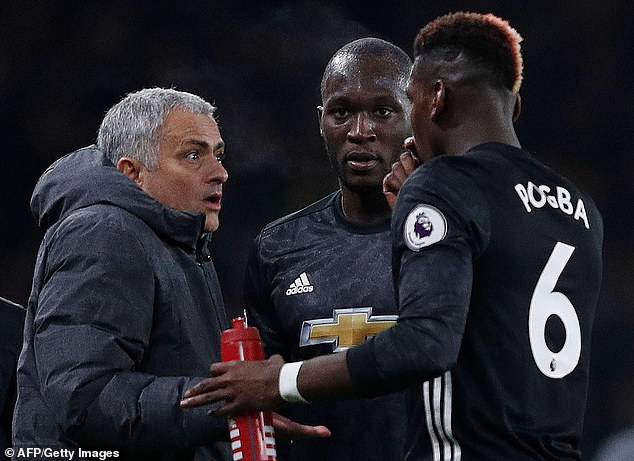 All along Mourinho has been trying to please the player in other to keep the french super star in Manchester, but Mourinho seems to have finally lost his patience with the enigmatic midfielder and have taking a dramatic turn.

As this situation is being developed between Mourinho, Pogba’s and his agent Mino Raiola who’s been trying to get him out of Old Trafford to Spain and the players attitude to mourihno tactics, it clearly looks like end of the road for the two of them at the club.

Manchester United used to be a solid, reliable, stable and well managed team before the Special One gets there but today It is gradually becoming something else out of Stanford Bridge.

Come next summer none of them will be at the club for sure.

Yes, no player is bigger than the club as we all could remember David Beckham saga and how he ended up being sold to Madrid. Also, Mourinho is not the right manager for the Manchester United Brand. The brand is bigger than what i think a manager whose best years are behind him can handle.

His mood, attitude and style of play does not fit the United we all grew up to know, the spirit that was created by the great sir Alex was no longer seen, the never give up spirit of the team is dead.

The “ME AGAINST THE WORLD” ATTITUDE ADOPTED IN CHELSEA WHEN HE BOUGHT THE PREMIER LEAGUE CAN NOT WORK IN A TRADITIONAL AND CULTURED CLUB LIKE MANCHESTER UNITED.

The relationship between Mourinho and Pogba has now hit rock bottom which is exactly what Raiola, his agent really want, now there will be lots of reports and speculations about him going to Barcelona where he has already agreed personal terms with over the summer or any club that can pay his asking price.

Historically, Mourinho seems to have issues managing main or so called big players in his team. There was issues with him and Ronaldo in Real Madrid, Eden hazard and Samuel E’too in Chelsea and now Paul Pogba in United.

Mourinho was hardly complimentary of Pogba’s displays for France in their 2018 World Cup win, even though his form was much improved and won many plaudits which further fuel the rift between the them.

I do not know if going to Spain can give the POGBA Brand a better exposure than the Premier league. He’s probably better to see the end of Mourinho at Old Trafford than him moving to Spain. (Take Alexis Sanchez situation as a classic example.)