Russia banned from 2018 winter Olympics in Pyongyang over doping

In Switzerland on Tuesday, a 14-person International Olympic Committee panel in Lausanne, announced the banning of Russia from the 2018 Winter Olympics in PyeongChang.

The panel had been mulling a confidential IOC report that detailed Russia’s official doping program during the 2014 Sochi Olympics, and the extensive cover-up.

This ban has been long time coming, and well deserved. The McLaren Report, released in two parts by the World Anti-Doping Agency in July and December 2016, detailed the doping and subsequent cover-up by the Russian state. 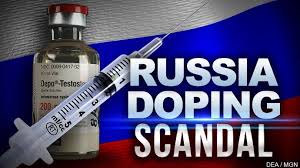 The doping, and the hiding of the doping, were extensive. It was an industrial scale state sponsored doping. At one point, small rods were used to pry open the sealed tops of urine testing containers, fluids were switched and the caps replaced, with the containers being exchanged through small holes in a wall.

Russian officials would add substances like salt to the clean, switched urine samples to make them appear more real. This is just the tip of a very elaborate iceberg of doping and cover-ups.

On top of that, according to the World Anti-Doping Agency, Russia’s anti-doping organization (Rusada) was not compliant with WADA’s rules as of last month. A full-scale ban is the only option for the IOC to keep the integrity of the sports and Organisatiin.

Russia can still appeal this decision through the Court of Arbitration for Sport, and the country is considering an all-out boycott.

In fact, Russian President Vladimir Putin has said that an all out ban would be very humiliating for Russia and could possibly provoke a boycott. But at at this stage Russia total boycott would mean nothing since they have been banned from the tournament.

The integrity of the game should be well above an individual state threat of boycott, in fact the world don’t really need cheaters in any tournament as it denied clean athletes life time opportunities.