There have been serious challenges across footballing world with the new VAR technology so far, it seems to be doing more damage right now than good but its still not enough reason not to embrace the technology. 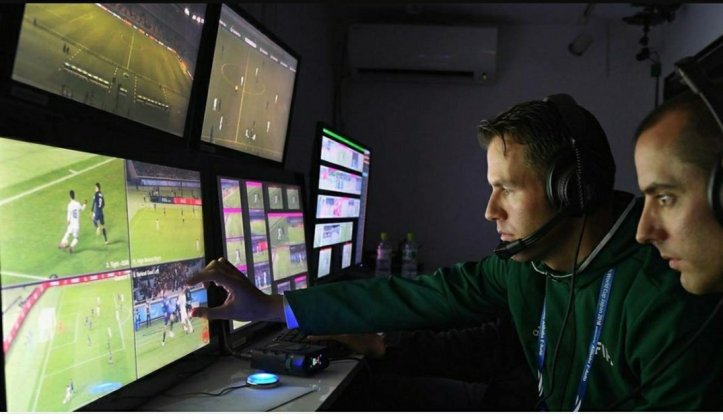 Some view VAR as recipe for disaster in the game while others sees it as a long overdue necessity to correct human errors and most importantly to detect professional cheaters and corn men on the pitch.

The VAT Technology is already been trialled in the FA Cup matches this season, as well as some domestic games in Germany and Italy. And probably the idea is to gradually introduce the technology to the Premier league at a later stage. 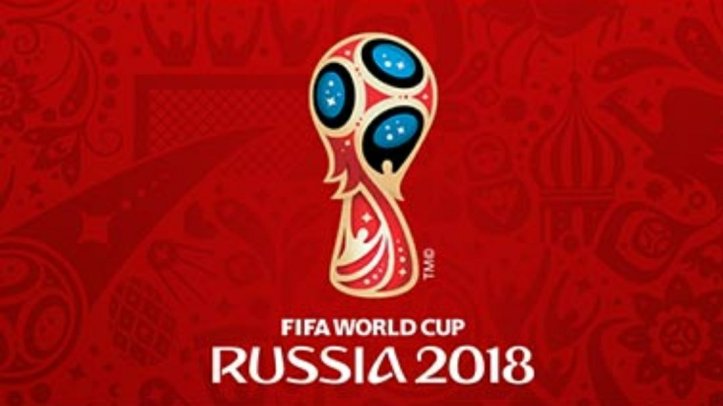 Like it or not VAR will be show cased at the biggest football event this summer in Russia and its the way forward for the game. A lot of people have been crying for VAR technology over the years and its now at the biggest stage of all. Its absolutely crucial to get it right at this years Word cup to eradicate all sorts of human error.

England – Tottenham’s FA Cup win over Rochdale in late February where VAR was described as “comical” and “embarrassing” , when a goal was disallowed and a converted penalty overturned.

Germany –  Also another embarrassing moment on Monday , when a penalty was awarded after players had already left the field for half-time in Mainz’s Bundesliga win over relegation rivals Freiburg.

Italy – Where Lazio fans demonstrated in front of Italian football federation headquarters complaining about VAR. Lazio supporters feels their team has been had been a victim of countless mistakes by referee and VAR Technology.

But this summer World cup will be different, the crowd will be told when a decision is being reviewed and why a decision has been reached which will limit resentment and create more fun at the world cup finals.

However the replays will not be shown inside the ground while the referee is making a decision, only afterwards so the official is not influenced by the crowd, as announced by football’s governing body Fifa. 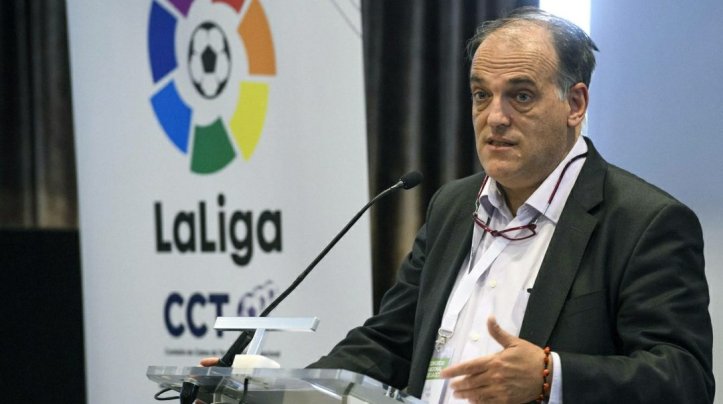 LaLiga president Javier Tebas has confirmed the video assistant referee (VAR) will be implemented in Spainish LaLiga come next season.

“There will be VAR in the league next season,” he announced on Tuesday.

Tebas had previously been against the system, saying it was too expensive

In September it was announced that VAR will be tested in the Copa del Rey and if successfull, will be used across LaLiga for the 2018/19 season.

However, that decision has been made earlier than expected: VAR will be used in the upcoming rounds of the Copa del Rey and will definitely feature in LaLiga next season.

There has been controversy in the Bundesliga and Serie A this season, where a VAR is already being used.

It will take a bit of time before football get used to the idea of stopping the match for a VAR decisions. At the same time it’s crucial since football has gone beyond the level of entertainment and into serious business, decisions now needs to be spot on.

There is a thin line between success and failure now in the game, players and managers are under a lot of pressure to deliver results there by giving absolutely almost no room for error.

As in every new technology, VAR need time to mature and grow to perfection. There is so much money in football and so much at stake in every decision on the field hence the need for an absolute accuracy. VAR right now is at its infant stage and this comes with many error but when its perfected will be a benefit to all stake holders in the game.

Fans need to be adequately educated about VAR as much as the Video referee and officials about the use of the technology.  For VAR to be appreciated, the fans need to be carried along just the Tennis.

Replays of incidents reviewed by video assistant referees (VAR) will need be shown on big screens at domestic competitions and the World Cup for the fans to know exactly what is going on.

One issue has been that fans have been unable to see replays shown on television that referees use to make their decision, leading to confusion and absolute resentments. The fans need to be carried along with what is going on, there is need for giant VAR replay screens in domestic games for maximum VAR fan engagement.

VAR is here to stay and we should all embrace the technology as in other sports around the world. if it worked well in tennis, Rugby and other sports in the US, it will work in football as well. It just need time.